15 April 2020 Cardboard packaging, it doesn't really need an introduction anymore. It is increasingly gaining in importance in the packaging industry and more and more companies are responding to this market.

“European consumers are increasingly aware of themes such as climate change, sustainability and pollution of the environment,” says Raymond Segers of De Jong Packaging from De Lier in the Netherlands. “According to research by ABN Amro, 54 percent of Dutch consumers are prepared to buy sustainable packaging and 86 percent of that group do so for environmental reasons. Ecological and sustainable packaging is therefore a hot topic on the market and a material such as corrugated cardboard, in which we are big players, helps. Corrugated board is 100% renewable and 100% biodegradable”. 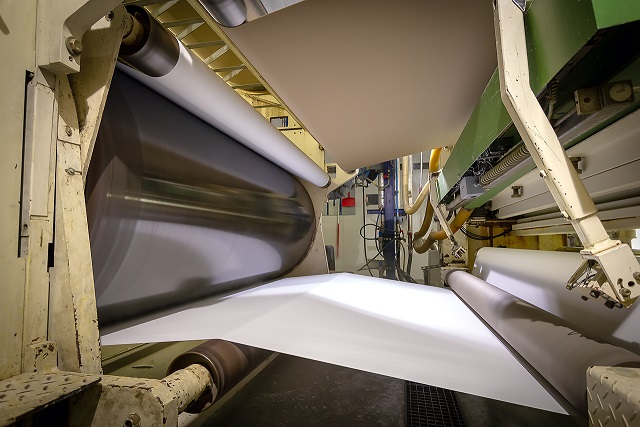 Raymond also sees that many companies are currently making the switch to cardboard. “This increases the need for a total supplier of flexible, sustainable and recyclable packaging,” says Raymond. “We have over 25 years of experience as an independent Dutch producer of corrugated cardboard packaging. We sell and supply our own printed and unprinted corrugated packaging both directly and indirectly via trade to our customers in the Netherlands, Belgium, Germany, Ireland, Great Britain and France”.

“Despite being a relatively small player in the European market, we do have one of the largest factories for the production of corrugated packaging at our site in the Netherlands,” says Raymond. “Each day, 2.5 million cardboard boxes can roll off the belt here. Another factor that makes us strong is that there is no ‘no’ with us. Our customers are able to transport their products in good condition and inexpensively and are therefore always able to meet the agreements they have made with their own customers. At the same time, this customer-focused approach requires open communication, especially with a view to sustainability. That is why everyone can use our CSR document (Corporate Social Responsibility). In this document, people can gain insight into what a company does around themes such as People, Planet and Profit”.

Raymond Segers: “For example, De Jong Verpakking is FSC® certified, which offers the certainty of sustainable forest management,” says Raymond. “We have also achieved four stars with the Ecostars audit. With this sustainability certification, the complete transport is checked. This includes the fleet but also training and monitoring. The reason Ecostars gave us four stars was because we have a nice and clean fleet. In addition, we train our drivers within the company. Almost all our trucks have Euro 6 engines. In mid-February, we purchased another five new trucks, bringing the entire fleet to 42 trucks. Most of our fleet now also has the Euro 6 engines”.

However, sustainability is not only about cardboard and transport. After all, production requires energy and De Jong Verpakking has looked for a suitable solution for that too. “For example, we have 20,000 sqm of solar panels at our disposal with 1.6 million kWh on an annual basis,” says Raymond. “These are used for the production of 600 million cardboard packaging that are produced at De Jong Verpakking on an annual basis”.

Reducing the footprint on the environment is a nice aim, but the corrugated boxes must remain stackable. However, because of the many different sizes in circulation, this is becoming increasingly difficult. “At the DC’s of the supermarkets it was sometimes a hodgepodge of different sizes and types of boxes that can no longer be stacked,” says director Henk de Jong. “To change that, we came up with the idea of a CFQ-Standard for the corrugated board factories. With more uniformity in the supply of corrugated cardboard boxes, we will soon be able to stack a box of Belgian tomatoes on a box of Dutch peppers without the pallet collapsing”.

“We would like to introduce this CFQ-Standard throughout Europe,” says Henk. “Then it will also be easier to stack products in boxes from Germany and Spain at the DCs. By the way, it’s not just about the ease of stacking. With a CFQ-Standard we also want to guarantee the quality of the boxes and if boxes are stackable more can be stacked in a truck, which in turn is better for the environment. The CFQ-Standard is an open system for the corrugated board industry and quality control is carried out by Corrugated Benelux Association (CBA)”.

Do you need more information about products and services?

Do you have any questions about our products or services?